I visited a NEW butterfly biosphere that just opened in my area.  I got a few photos of the beauties, but it was hard – they’re so quick!  I think I need to go back with different camera settings and try and get better shots.

These beautiful blue butterflies are rather plain looking when they are landed and folded up – just a camouflaged brown color.  Here’s one that landed on a lady’s head:

Have a great day! Do something NEW!

In every walk with nature one receives far more than he seeks.

You can see my photo walk last Sunday morning had a definite color theme eh? I really want to make a NEW habit of taking photo walks regularly.  We’ll just have to see if every walk turns out to have a theme.  Maybe…maybe not.  Have a great day!  Do, learn or WALK somewhere NEW!

Well, I’m definitely NOT a poet! In my family, that would be my Mother, and I’m not about to accroach that distinction! I believe I may have heard about the poetry style of Haiku before…but not being overly interested until recently, I haven’t known what exactly makes a poem a Haiku!

If you are like me and are unfamiliar with Haiku…..learn about it at Haiku – Wikipedia and/or  Haiku – WikiHow.  {Do it!  Click the link and learn something NEW!} 😮

This Haiku by Brian P Cleary brought a smile to my face (as my son is, at this very moment, going through his grades online)!

Four days of the year,

One tiny piece of paper

There’s even a program that will detect a Haiku in a transcript for you! {check it out here} Although, there’s a lot more to a Haiku than the mere counting of syllables, I thought that sounded like a very fun thing to do!  One of these days, I’d like to write a Haiku for/about each family member and have people guess which poem is for each individual.  Part of the beauty of writing poetry, is writing in a way that isn’t too transparent…but isn’t too terribly difficult to understand either.  It’s a tricky balancing act I think!

Also, as I’ve been poking around poetry sites  lately, I learned something else NEW!  I did NOT know the United States had a Poet Laureate.  Did you!?!   Check her out here! 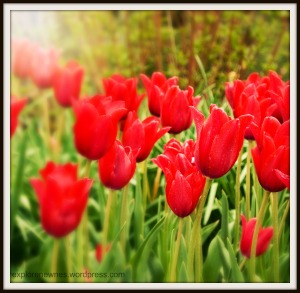 Hello! Aren’t tulips BEAUTIFUL!!!!???!!!  I volunteered at a local tulip  festival today and after my shift, I just had to go around and take some pics of these fabulous beauties!  Did you know there are over 109 different species of tulips?  Wowza!  Check these out: 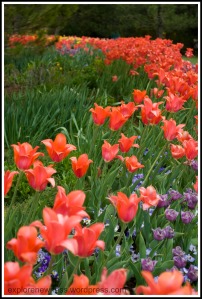 AND look at this interesting one…an upside-down tulip!  I tried to search for the actual name and one website had a similar looking one (only in red) and said the locals in Turkey call it the Weeping Bride Tulip.  But if any of you know the actual name of this specie, please leave me a comment and let me know!

Also, now I think I want to read Alexandre Dumas’ book ‘The Black Tulip’!  I’ll let you know my review on that in a later post.   I also need to enter a to-do item on my calendar for the fall:  Plant more tulip bulbs!!!

Have a great day everyone!  Go and do or learn something NEW! 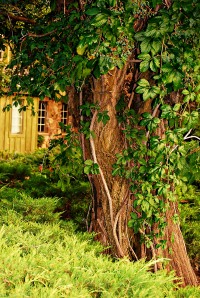 I recently visited My Pen and Me  and browsed through that site that had a photo of their favorite tree.  I remembered I had taken a photo of my favorite tree a couple of years ago.  Hmmm…I recently organized all my photo! :o)!  I thought I should be able to find it easily.  I could!  I did!  I thought I’d share it!

Just so you all know….I’m experiencing NEWness almost every day…but I’m a bit busy to blog about it!  It’s not really the newness I prefer, but it’s ok.  I’m planning about 5 big parties in the next three weeks, so I have NEW serving platters, NEW balloons and helium tank, NEW recipes I’m trying, NEW ties and suspenders for my boys, (I’ve still got to get out and buy me a NEW outfit or two)…NEW decorations etc.

After about 5 weeks I plan to get out on more photo shoots!  Maybe it will be Spring by then!  Happy Monday to you all! 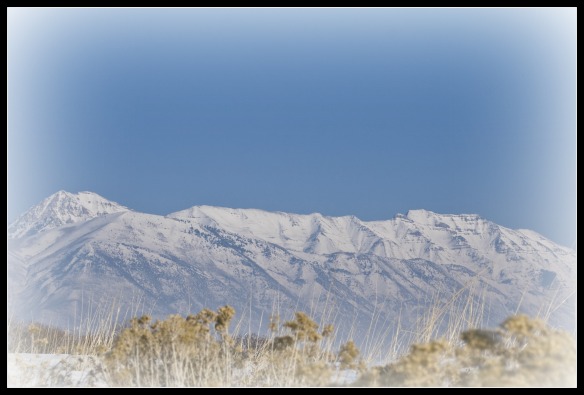 I thought I’d experiment with a few B/W photos.  However…since our frozen world around here doesn’t seem to have much more than a lot of white….this isn’t too far off the original!  Don’t get me wrong though!….I LOVE living where there are four distinct seasons and the VARIETY which that brings!  Although I have to admit, the older I get, the winters aren’t quite as welcome as they once were :o)  Have a good week everyone!