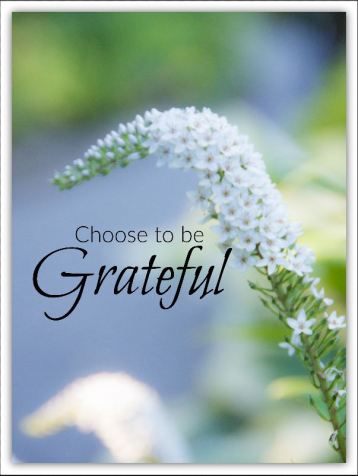 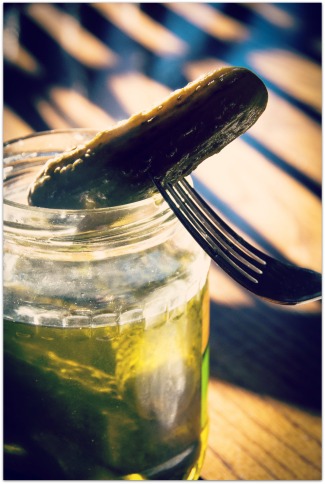 So here’s my (very) weird photo of the week.  I noticed these shadows on my table, and thought, I should find something to take a photo of.  Well, it should be pickles, of course! Right? Haha! Ya, weird and random.  Typical Monday! But ya know…

“…never seeing nothing, being a photographer.” -Walter De Mulder

First of all, I know it’s not even Thanksgiving yet, and i’m trying…I’m trying hard! I don’t know if I’ll be able to make it! I haven’t started listening to Christmas music yet, but I’m getting the itch.  There’s SO much good Christmas music! December goes so fast! I haven’t caved yet.  I’ll let you know how I do. Discipline…I might need some!

I’m impressed with the creativity and imagination of this photographer: Brooke Shaden. I browsed through her gallery and loved every single piece. She’s incredible!

After booking a cruise to the Mediterranean for next summer, I changed my screensaver at work to this (just so I can psych myself up to go, ya know? :o)

Someone walked by my desk and asked, “Oh, is that Cinque Terre?”….Ummmm, IDK! I just googled ‘Mediterranean’ and this was the best image that popped up for a screensaver! (I learned something NEW!) Haha! I don’t even know if our boat with sail past this spot.  I hope it does! So colorful, huh?

So that is enough randomness. Have a great great day. Do or learn something NEW!

Happy November 5th! I am grateful for the giggles of babies…the tumbling of the clothes dryer…and the sound of pretty much any music.  I’m SO grateful there is such a variety of music – I can listen to whatever fits my mood! 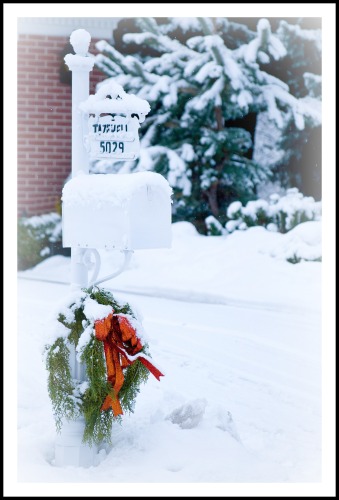 I’m not sure why, but this buried mailbox and snowed on wreath put a smile on my face this week. Ah, the beauty of fresh snow!

And…for today’s short sermon, I’d just like to link to some awesome music – music that calms, inspires and makes me think of my Savior. Enjoy!

I feel my Savior’s Love

1) Ah, pomegranates…tis the season!  Here’s an awesome, EASY way to get those juicy seeds out of its membrane – check out {this link here}.

Have a great day! Do or learn something NEW!

Happy Sunday!  I naturally ‘Find Joy in the Ordinary’….all of the time.  I hope you do too.  I find joy in photography, nature, my family, music…and so much more! For today’s Sunday sermon, I’ll simply share links to some beautiful and spiritually inspiring music.  I hope you enJOY them:

If the Savior Stood Beside Me

You Raise Me Up

Happy Sunday!  And can someone please tell me where the month of May has gone???  I checked and I posted 3 times in May…(this one makes 4)!  Wowza, what a slacker I am. I’ll try to do better.  Nevertheless, here’s the short Sunday sermon:

I recently listened to His Hands and loved it (as well as the really great videography that went with it!).  Check it out!

Lyrics to His Hands by Kenneth Cope

his hands would serve his whole life through
showing man what hands might do
giving, ever giving, endlessly
each day was filled with selflessness
and i’ll not rest until i make of my hands what they could be
’til these hands become like those from galilee

his hands
lifting a leper
warming a beggar
calling back the dead
breaking bread, five thousand fed
his hands
hushing contention
pointing to heaven
ever free of sin
then bidding man to follow him

his hands would serve his whole life through
showing man what hands might do
giving, ever giving, endlessly
each day was filled with selflessness
and i’ll not rest until i make of my hands what they could be
’til these hands become like those from galilee

his hands
clasped in agony
as he he lay pleading, bleeding in the garden
while just moments away
other hands betray him
out of greed, shameful greed
and then his hands
are trembling
straining to carry the beam that they’ll be nailed to
as he stumbles through the streets
heading for the hill on which he’d die
he would die
they take his hands, his mighty hands, those gentle hands
and then they pierce them, they pierce them
he lets them, because of love
from birth to death was selflessness
and clearly now i see him with his hands
calling to me
and though i’m not yet as i would be
he has shown me how i could be
i will make my hands like those from galilee (Source)

Happy Monday!  First, I just have to say that I don’t use the Shazam app on my phone too often, but when I do, I smile and exclaim, ‘This is a beautiful thing!’  Sometimes on my commute…{much longer these days}, I’ll either listen to the classical radio station, a TED talk, a podcast or book on CD from the library.  Recently I was listening to the radio and Mendelssohn’s Hebrides overture was playing.  I knew I had played that piece in one of the orchestras I had belonged to throughout the years….but could I think of the title of the piece?  NO!  So I Shazam-ed it.  This wonderful app did not fail me! Plus the radio announcer explained the history of the piece, so I learned something NEW about Fingal’s Cave.  That day’s commute was awesome!

We also recently attended a concert of a friend who played ‘Concert Paraphrase of The Song of the Soldiers of the Sea‘  which was NEW to me.  Our friend’s fingers were flying! Loved it!

Lastly, I’ll just share a recent minor serendipitous thing.  I’ve had Philomena on my to-read list since seeing this post at A Delectable Life blog…way last year.  When I saw the movie, Philomena, at the library, I realized I probably wouldn’t read the book any time soon (too many others to get through)…so I checked out the movie.  I liked it (other than the unnecessary use of bad language)… because I love genealogy.  One of the characters in the movie quoted T.S. Eliot:

“We shall not cease from exploration

And the end of all our exploring

Will be to arrive where we started

And know the place for the first time.”

I normally would have NEVER even noticed that quote in the movie, but just the day before, I was inputting a PhD Honors Thesis into a database at work.  Part of the title of the thesis was ‘And they shall know the place for the first time’.  So, of course, when I heard it again the very next day, my ears were pricked.  I’ve since researched T.S. Eliot and learned something NEW.  Love it when that happens!

Have a great Monday!  Do or learn something NEW! 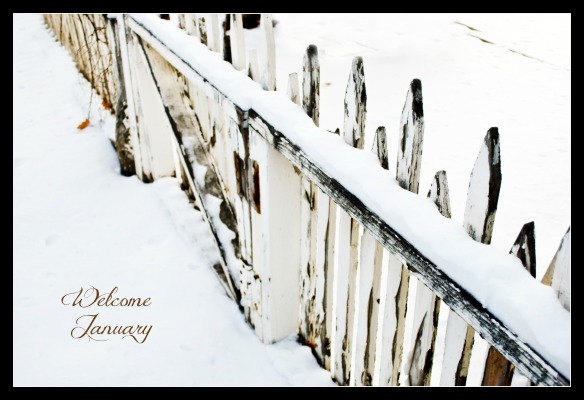 Do you recognize this little fence and gate?  It’s the same gate as my very favorite fall photo from last year…no, two years ago!  Apparently someone put the gate back on its hinges.  Artistically, I’m not sure I appreciate that! :o)

Also…speaking of hinges…I finally searched for a website that I was told had all of Jeanne P Lawler’s music on it.  Jeanne was a dear friend of our family.  She passed away a couple of years ago, but her music lives on!  {Here’s the website}  She wrote the music to the children’s song “Hinges“.  What an awesome lady she was!  I’m going to have to find the photo of her pulling up her pant legs to show off her crazy socks on our Alaskan cruise!  You’ll love it…(when I find it!)

Have a great day!  Do or Learn something NEW!

This week I took a short over-night trip to visit my Mom and Sister, and to also go with them to see The 5 Browns in concert.  On the way home, I stopped at various rural towns to take some pics.  It’s obvious that the old and the weathered caught my eye that day….nothing NEW!

The concert was FABULOUS!!!  50 fingers were flying!  Here’s a sample of how good they are:

On the trip I also listened to a book on CD, “A Girl Named Zippy“,  that the teacher of a family history class recommended.  The book is random stories of the childhood of Zippy.   It was nice to listen to….but I don’t think I would’ve liked reading it, since there really was no plot etc.  But it was a good example of how interesting our own personal histories can be.  (And a good reminder to me to start writing a few things down before I forget them!)

Have a great week!  Do or Learn something NEW!